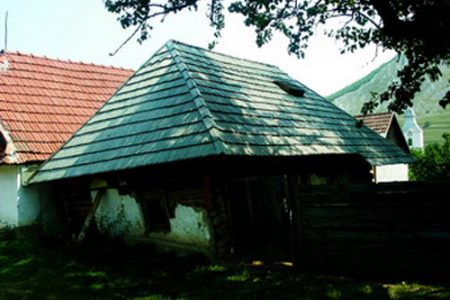 Vernacular buildings represent a characteristic and valuable segment of the Transylvanian built heritage. They are witness to days of old, which can be found rarely in developed countries, since due to economic development and modern construction, culture, the lifestyle that created and maintained them, has disappeared.

The same is likely to happen with the remaining Transylvanian vernacular architecture, as most owners, influenced by changed lifestyle and comfort requirements, reject traditional materials and forms, which leads to the destruction of a much larger number of buildings than the technical decay of materials and structures would imply.

Between 1999 and 2002, in 65 villages of the Călata, Câmpia Transilvaniei and Odorheiu Secuiesc regions, datasheets were filled out for 1750 vernacular buildings. The collected data is the basis of a computerised database. The database is available for researchers in the archives of the Transylvania Trust.

In the framework of the programme or closely related to this field researches were made in the following ethnographic areas:

Between 1999 and 2007, the co-organiser of the survey of Transylvanian vernacular built heritage was the Open-Air Ethnographic Museum at Szentendre, Hungary. The programme was supported by the Hungarian Ministry for National Cultural Heritage, in the framework of the Romanian-Hungarian Cultural Co-operation Agreement, as well as by the Communitas Foundation and the Hungarian Academy of Sciences.

Personal research programmes and the publication of several scientific books and exhibitions have been sponsored by the National Cultural Fund of Hungary (NKA). Books published in Hungarian:

The project entitled The Identification and Valorification of Vernacular Heritage in the Rural Areas of Covasna County, organised by the Transylvania Trust in partnership with the Covasna County Department for Culture, Cults and National Cultural Heritage, the Székely National Museum and the Association for Monument Protection “Keöpeczi Sebestyén József”, has been funded by the Governments of Iceland, the Principality of Liechtenstein and Norway through the EEA Financial Mechanism.

Scientific advisor of the programme is Dr. Iván M. Balassa. Initially the project was co-ordinated by Samu Szabó.