The largest buildings of the Court d’Honneur were the stables and the riding school, built face to face, on the long sides of the U-shape, serving the famous horses of the Bánffy family. Following nationali-zation, the riding school was damaged by fire and was serving as a quarry for construction materials for locals, being exploited to the point where it collapsed in 1955. The stables began to deteriorate too; the Tractor Station and the Agricultural Cooperative use it as a workers’ club, and later a mushroom farm is installed here. Until the end of the 20th century, the stable remains without a roof, the vaults and part of the supporting pillars collapse, the carved drinking troughs and the horse-shaped statue-fountain are vandalized.

Conservation works began in 2006 with the reconstruction of the roof. The resto-ration of the vaults is continuous, offering a unique opportunity for the participants of the restoration camps to learn this traditional technique. A carpentry workshop is set up in the stables, and the rest of the building becomes a suitable space for events, weddings. 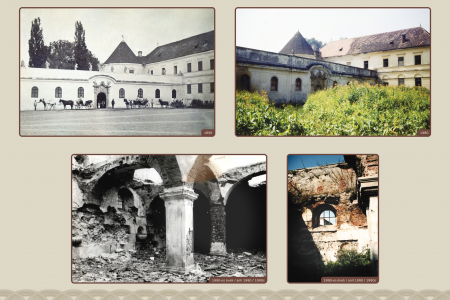 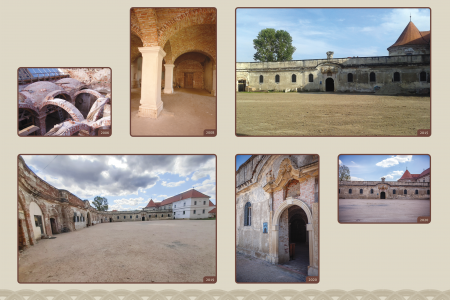 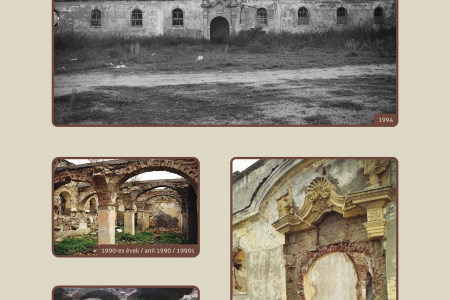 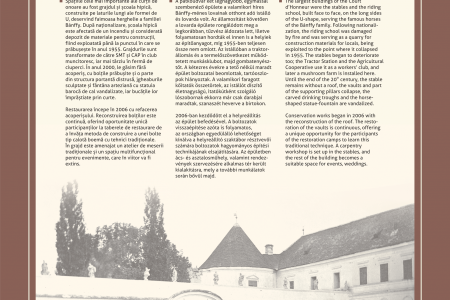