The main building of the castle was used until 1944 as a family residence: in the west wing were the apartments of the family, in the central wing on the ground floor was the reception hall, and upstairs the dining room, ballroom, and a number of guest rooms. The east wing served as a chapel until 1907, when it was redesigned to provide the butler with a decent apartment.

During the communist years, families were moving into the building, and the most easily accessible parts were serving as a quarry for building materials for the villagers. In the 60s, at the initiative of the Monuments Preservation Board, a few steps were taken to restore the castle: a reinforced concrete ceiling was cast over the building. Although there have been sporadic initiatives to save and secure the ensemble, nobody succeeded to evacuate the Tractor Station and to find a more appropriate use for the building. In the 70s, even a beer bottling station was set up in the chapel.

In 1999, the roof above the northern and the eastern wing was rebuilt. The restoration of the entire building is an extremely complex task due to its size and the damage produced over the previous decades. Around 2005, the former chapel was restored, now being used as a community cultural centre. In 2014, the roof was completed. In 2016, in the framework of a European project, following an international competition of ideas, a temporary intervention is completed in the reception hall.
The installation is a re-adaptation of the historical space, becoming one of the favourite spots for the visitors. Wooden swings and horses were also made for the courtyard of the castle, evoking the famous horses of the family. With the support of the Hungarian Government, through the Bethlen Gábor Fund, restoration of the structure of the main building is underway, continued by an extensive restoration work of the neo-Gothic wing. A space dedicated to Transylvanism and the memory of Count Miklós Bánffy as well as a vintage apartment will be set up here. 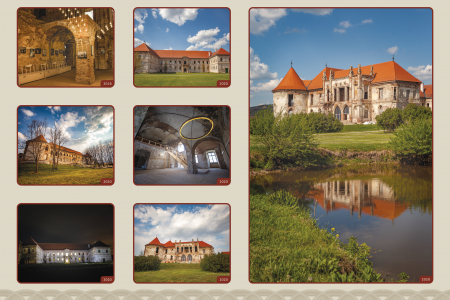 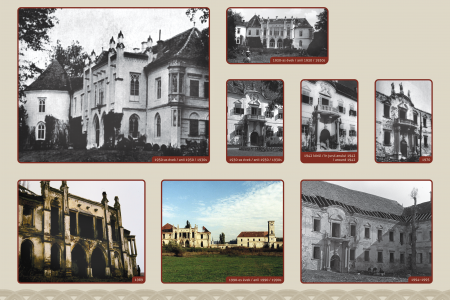 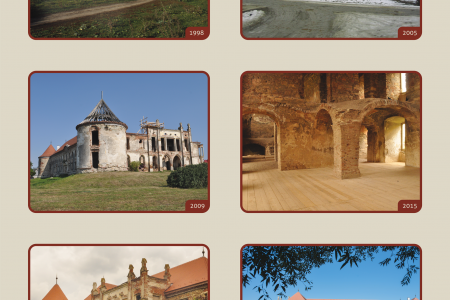 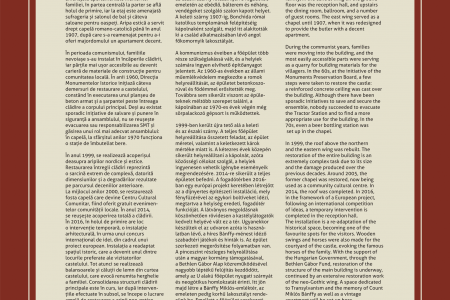