The kitchen has been built by incorporating the fortified outer wall of the castle, and its tower was serving as storage area for less perishable food and vegetables. The clock tower attached to the building, with a viewpoint, is the result of the neo-Gothic transformations of the castle that took part in the middle of the 19th century.

During the communist years, a canteen for the employees functioned in the building, and also the water station of the Tractor Station was located here. In the late 70s, a rabbit farm was set up inside the secular walls. In the 80s, most of the roof still existed, but by 2000 only the ruined walls had survived, surrounded by the corn fields of the courtyard.

The building needed immediate attention. During the 2001 Built Heritage Conserva-tion Training programme, the structure is repaired, the roof is rebuilt, and the building is restored. The Art Café is opened on the ground floor of the tower. In 2004, an equipped kitchen and a dining room were installed in the central part of the building, and accommodation was set up in the attic, primarily for the participants of the restoration camps. Since then, we focus on the continuous maintenance of the building and on the upgrading of the interiors. The building is 90% restored. The clock tower was already leaning shortly after it had been built; nowadays, it is supported by a temporary structure. 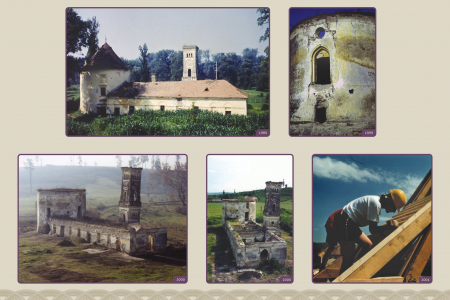 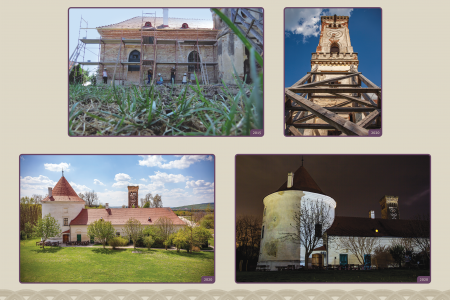 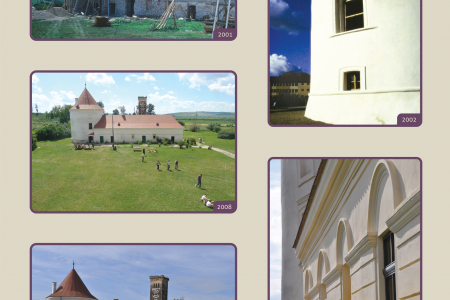 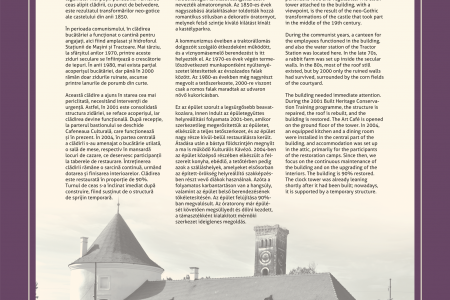