We have more visitors here, at Bánffy Castle, and we host larger and more famous events year by year. The visitors, the participants of the restoration camps, our partners and sponsors are all contributing to the rebirth of the castle.

The ensemble is owned by the Bánffy family, and since 2007, for 49 years, it has been in the steward-ship of the Transylvania Trust foundation. At the end of the 20th century, the ensemble was almost a ruin, and already at that time the Trust committed itself to saving the castle and transforming it into a cultural and educational centre.

This exhibition aims to present the process of saving this unique listed historic ensemble in the past 20 years. Beyond the professional restoration of the buildings, we consider that the real challenge is to fill the castle with life, to be enjoyed by the society, and to regain its deserved status.

The castle was owned and used by the Bánffy family from the 14th century until 1944, this being its period of glory. The decline began with World War II, when, in October 1944, the retreating German troops set fire to the castle. Afterwards, it became state pro-perty until 1989, operating as a Tractor Station and Agricultural Cooperative with offices, being also inhabited by its employees or families from the village. During the communist years, the buildings had various administrative or agricultural functions, and their condition constantly deteriorated. However, the real destruction of the castle begins after 1989, when the state completely gives up responsibility, it stays unattended, is used as a source for building materials by the villagers, and what remains is exposed to the vicissitudes of the weather. In 1999, the castle is included, based on the proposal of Transylvania Trust, on the list of the 100 most endangered sites of World Monuments Watch. Also in 1999 the restoration of the roof of the main building begins based on Romanian–Hungarian bilateral cultural agreement.

The International Built Heritage Conservation Training Programme organized by Transylvania Trust in the castle since 2001 is one of the cornerstones of the restoration; the students are participating in the practical work while learning the basics of historic building conservation. We are proud that this educational programme won the Europa Nostra
award in 2008.

The mill, located outside the castle walls but belonging to the ensemble, is the youngest building: it was built to serve the family and the local community from the material of the old seven-storey tower, demolished in 1820.

It operated as a mill until the 60s and was used afterwards as a scrap metal repository for the Tractor Station, but its condition gradually deteriorated. In 1977, the Executive Bureau of the People’s Council of Bonțida demanded the demolition of the building by way of patriotic work, and the material resulting from the building was supposed to be used for the construction of the new school. The mill eventually survived, and a few families moved into it. At the end of the 20th century, the building is ruined, and only part of the original mill structure remains.

In the years 2009–2010, Transylvania Trust carries out emergency intervention works consisting in restoring the roof and consolidating the structure. 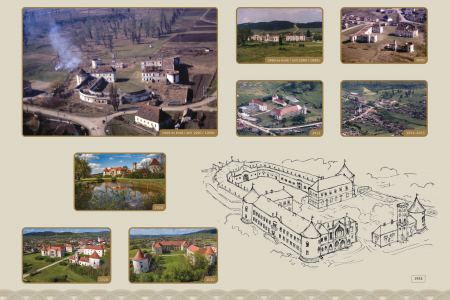 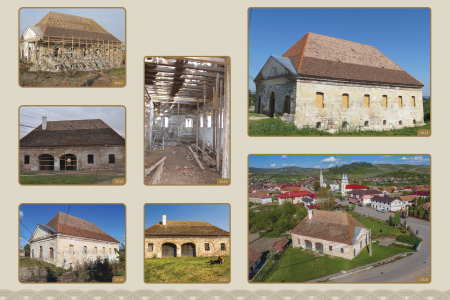 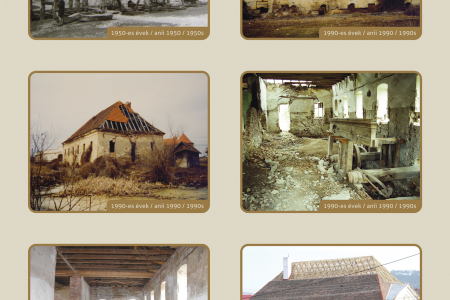 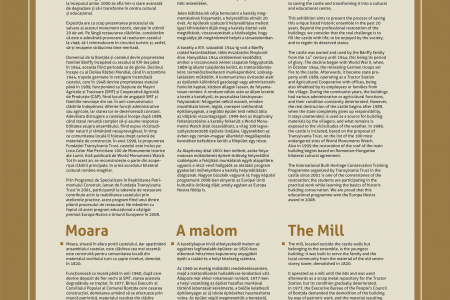