The castle has been modified several times throughout its history, according to the needs and taste of the owners, based on the current trends of the times. Probably the largest construction period was the one of the Court d’Honneur in the eighteenth century, being built in the shape of a horseshoe, by the order of Dénes Bánffy, Master of the Horse to Empress Maria Theresa. In this period are commissioned the statues that decorated the castle buildings, carved by Johannes Nachtigall.
In the middle of the 19th century, József Bánffy demolished the seven-storey gate tower connecting the main building to the Miklós building and united the castle’s Renaissance courtyard with the U-shaped Baroque courtyard. In the bend of the Court d’Honneur is the entrance gate, and to its left and right are utility rooms and the carriage room.

The greatest and most irreversible damage caused during communism is the almost complete destruction of the statue gallery: over the decades, its pieces have been damaged, dismantled, stolen, or transpor-ted from their original place and then abandoned.

The restoration of the entrance gate, left without a roof until the end of the 20th century, begins in 2003, when a tourist information point and exhibition spaces are set up here. Also, this building houses the “Lost & Found” lapidary of the castle, inaugurated in 2018. In 2019, another room was added to the lapidarium, in which several statues are exhibited, saved in the 80s by people eager to protect them, and kept in the National Museum of Transylvanian History. The restoration works are still ongoing. In the former utility rooms, the participants of the restoration camps practice traditional techniques of decorative rendering, and the restoration of the carriage room as a furniture restoration workshop will begin in 2020, funded by the Hungarian Government. 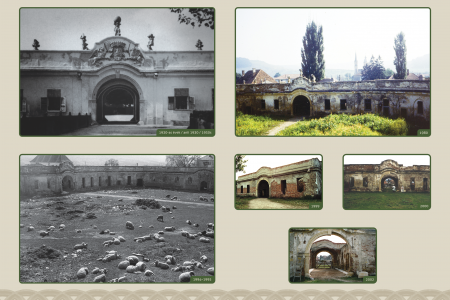 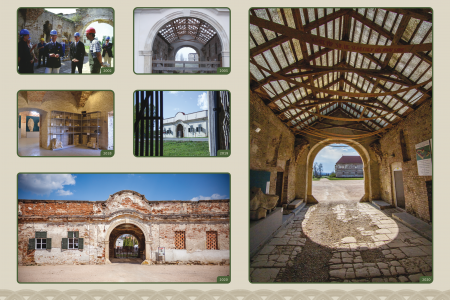 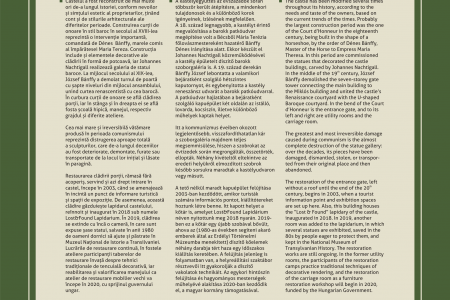 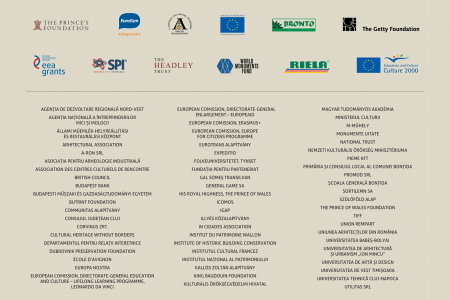